In 2012 I led a full redesign and front-end rebuild of GameSpot.com and GiantBomb.com. The design system that was created was specifically built to support dozens of unique page templates and allowed us to safely make radical changes to the site during large events such as E3 and Game of the Year. Managed the day to day operations of a five-person front-end team and helped set direction and product planning for a fifteen-person engineering group. Was directly involved in all major decisions made to the site including design, engineering, business and editorial direction.

In 2011 Giant Bomb was featured in Time's “50 Websites That Make the Web Great”.

Since 2012 I have also participated with Drew Scanlon in a yearly 24 Hour Extra Life Marathon, raising money for UCSF Benioff Children's Hospital Oakland. The entire staff now participates in the yearly marathons and with efforts from the Giant Bomb community as a whole, we have raised hundreds of thousands of dollars over the years. A special thanks to Matt Pascual who has done a tremendous job over the last 7 years getting the entire community to rally around this great cause. 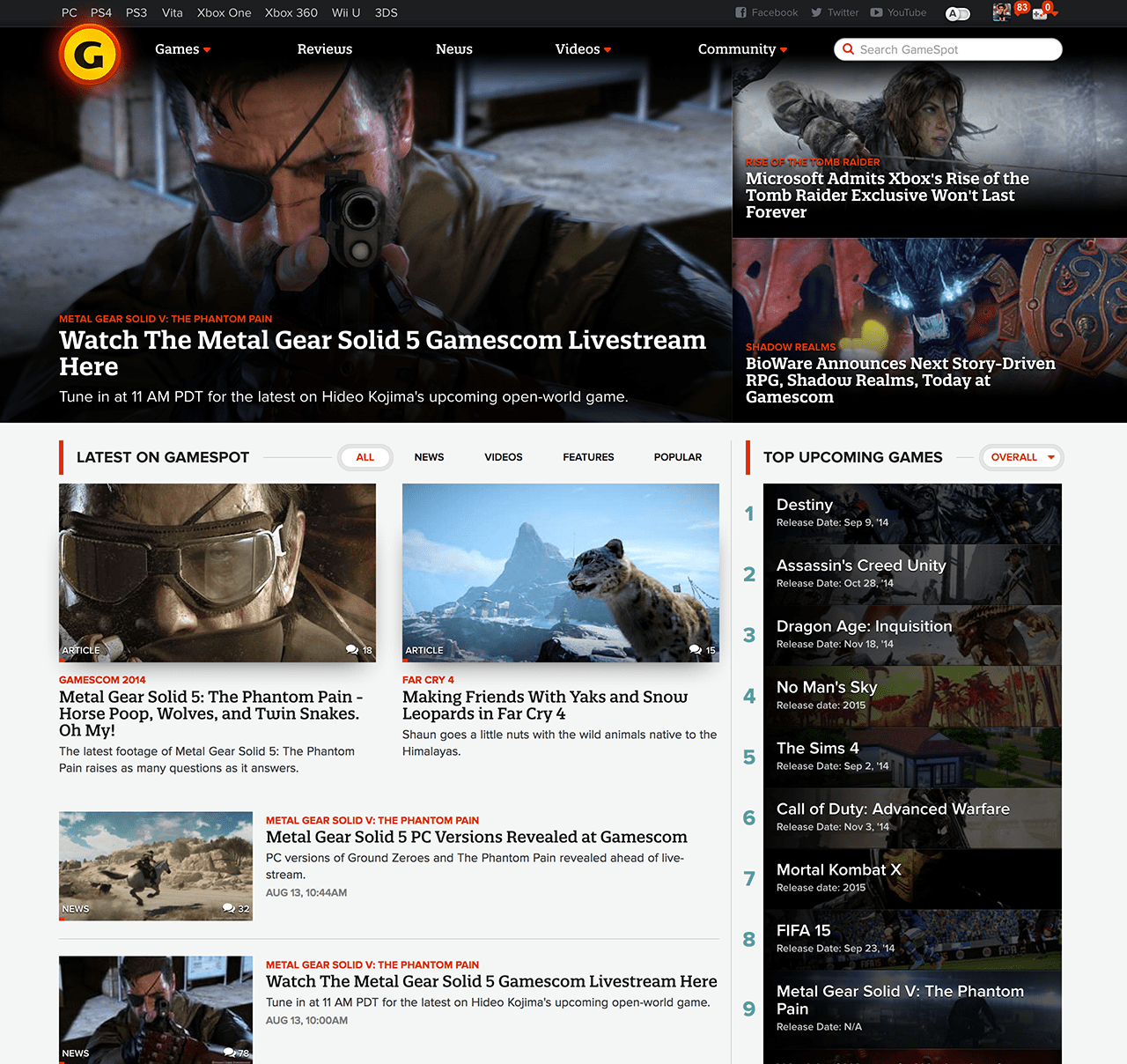 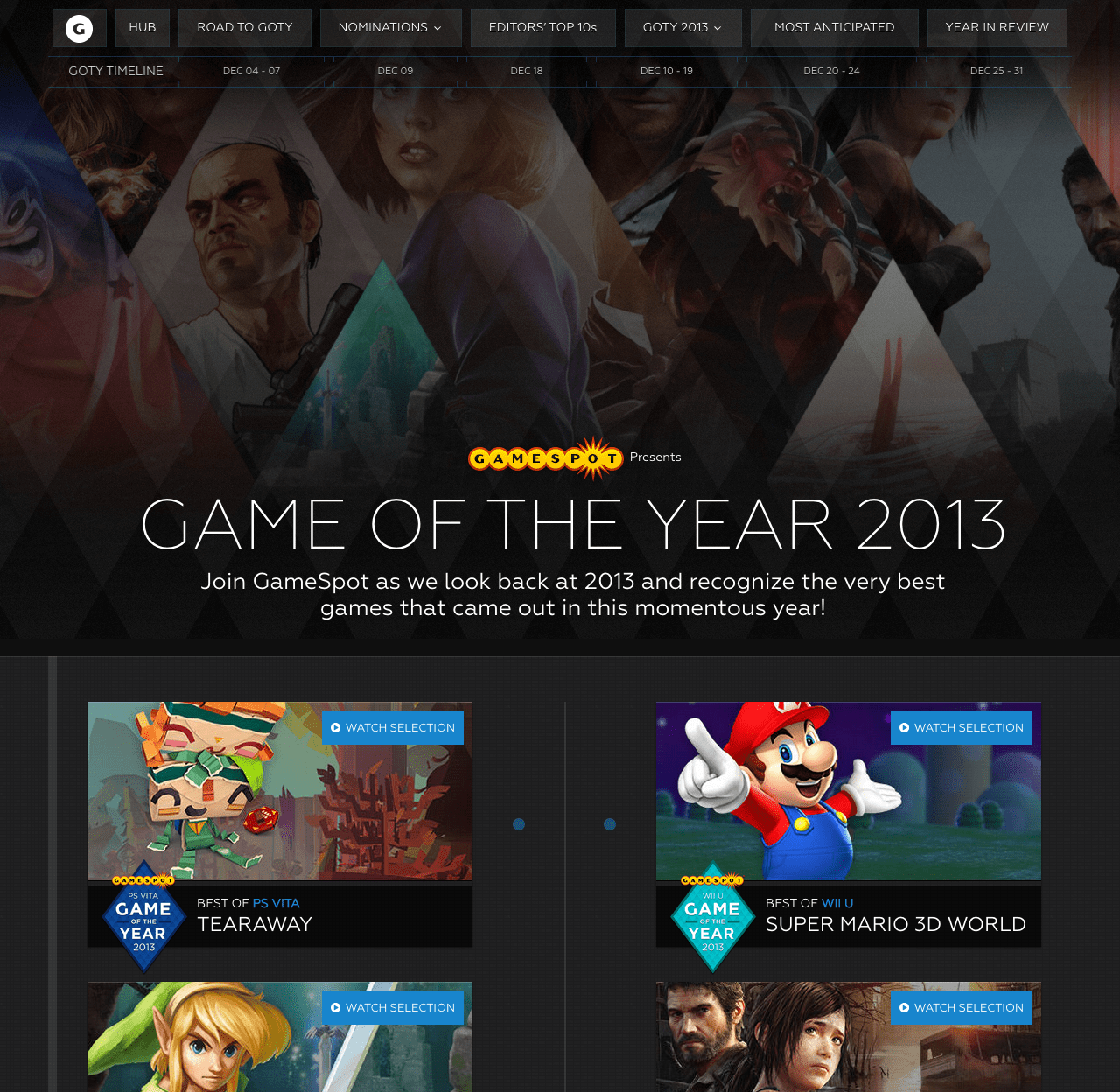 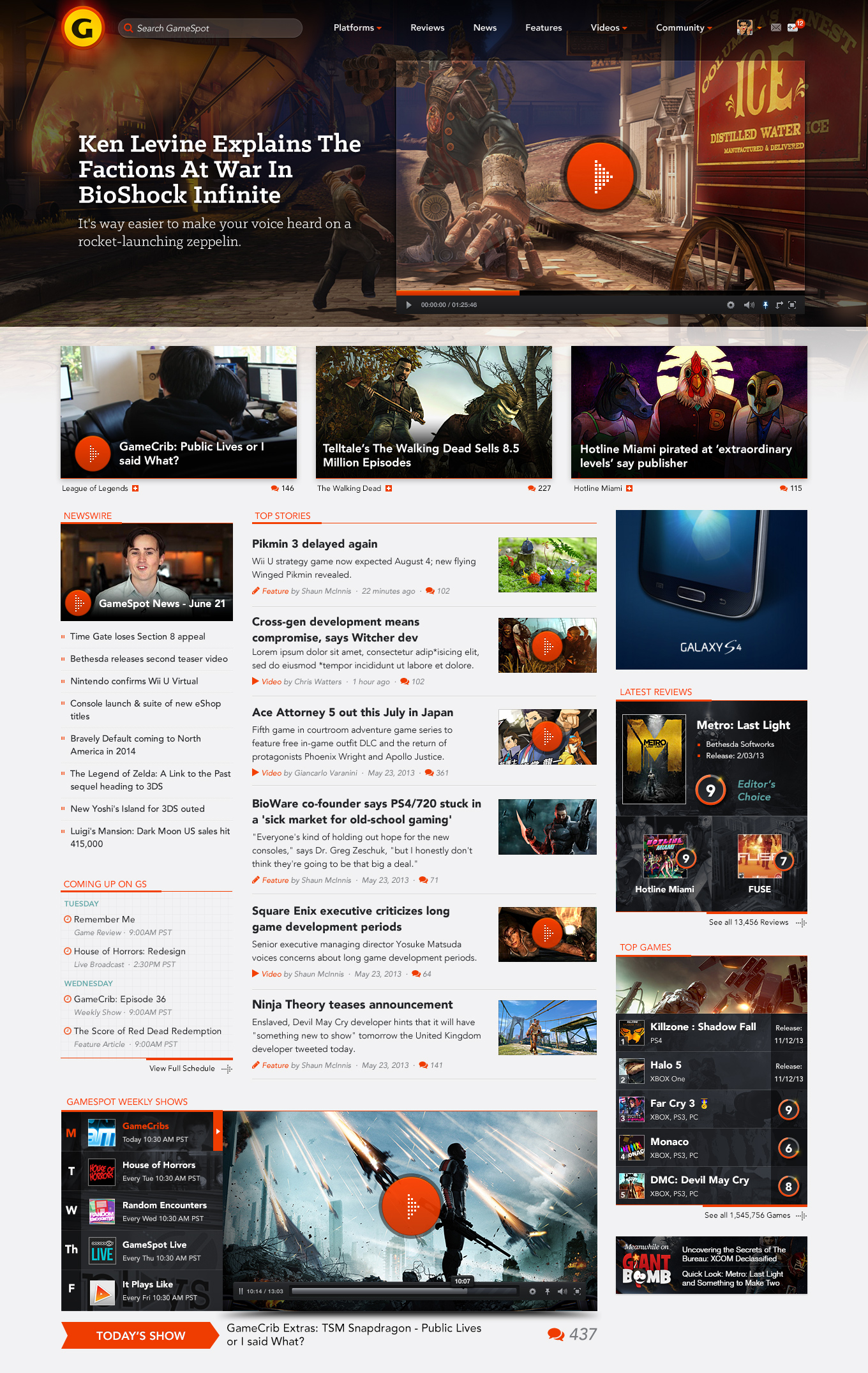 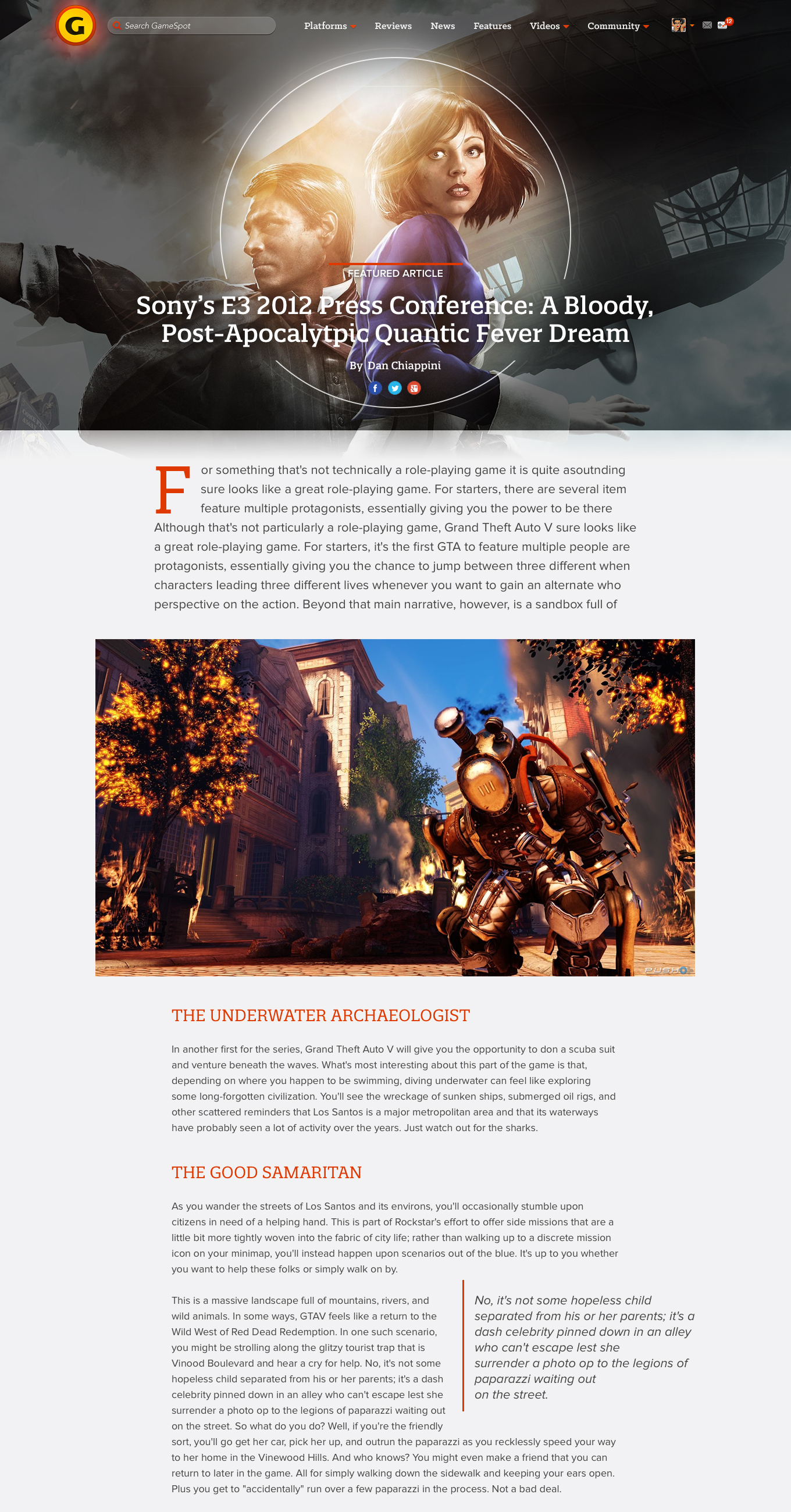 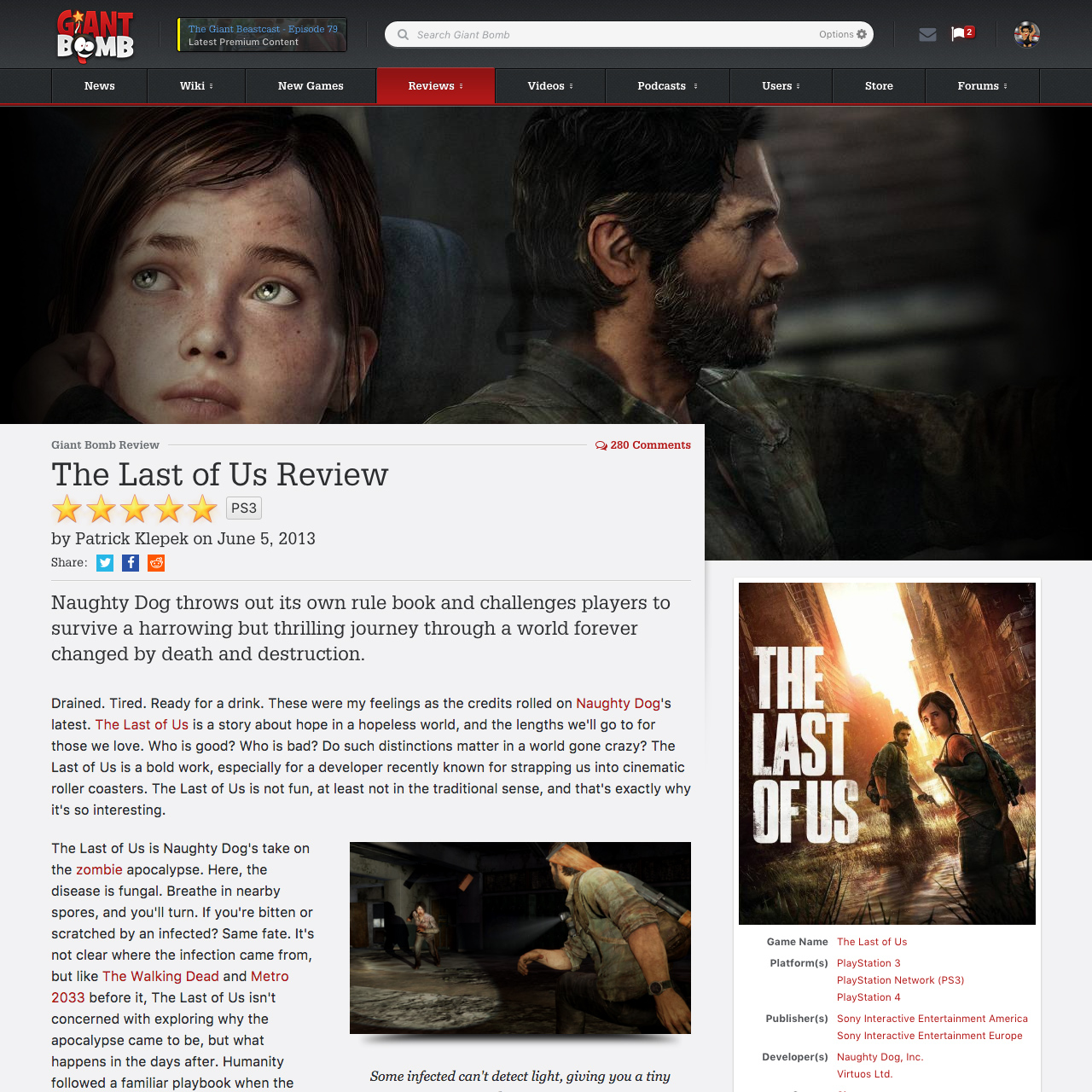 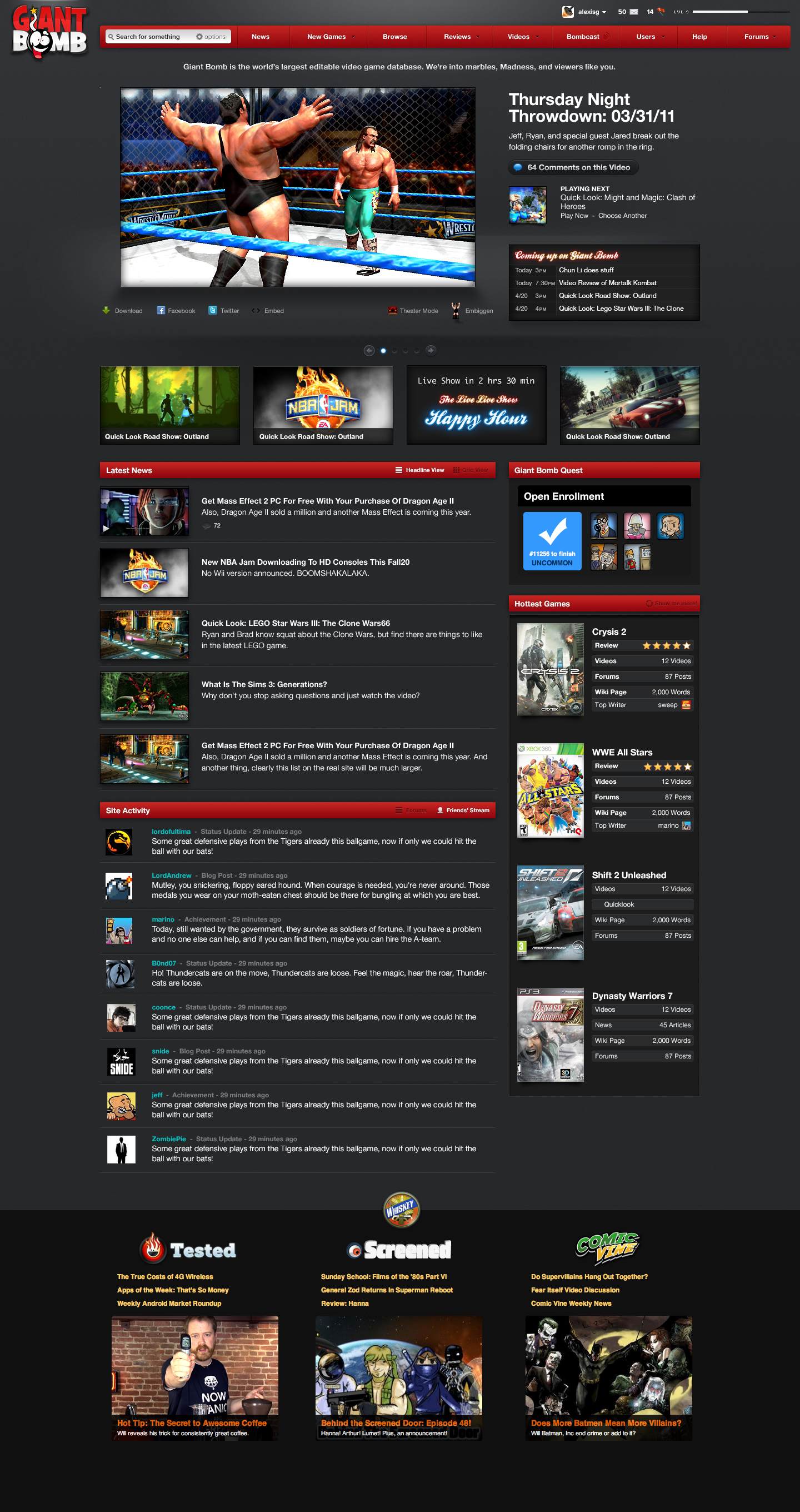